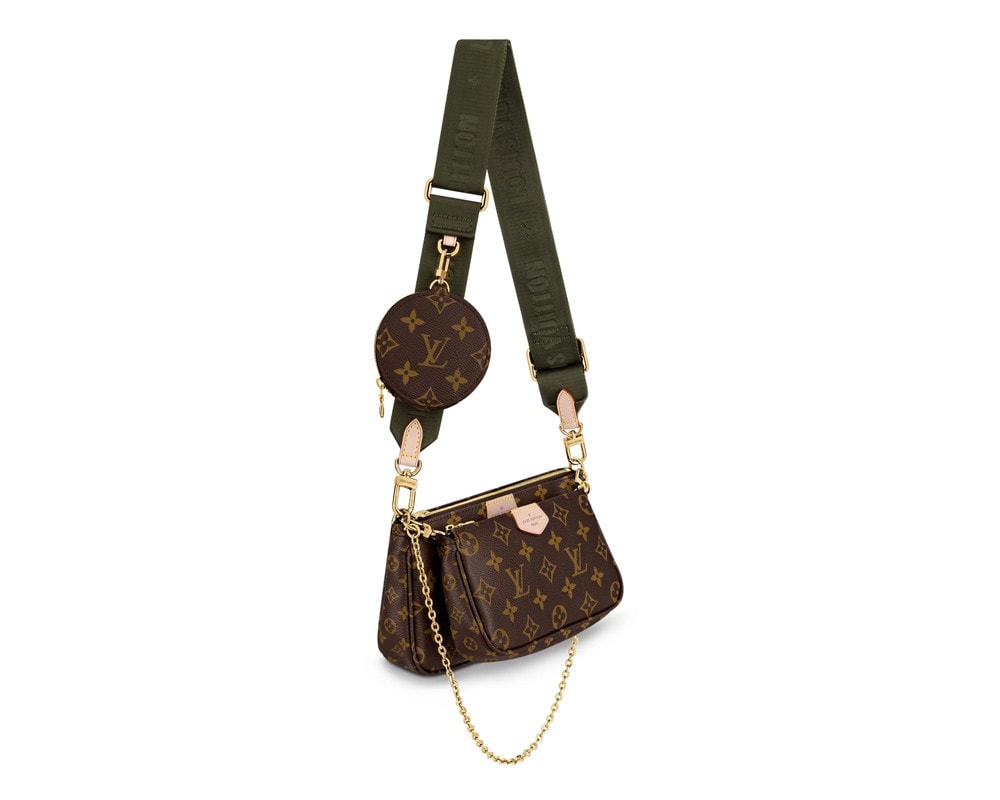 Before leaving to Paris a few weeks ago, I told Kaitlin I would visit as many Louis Vuitton stores as I could, including the flagship, to inquire about the availability of the Multi Pochette Accessoires.

Here’s a quick refresher: Since debuting approximately three months ago, the Multi Pochette Accessoires has positioned itself as one of this year’s most sought-after items. However, with the amount of press, influencer marketing, and overall popularity, it feels like this little bag has been around for years.

As the Multi Pochette Accessoires gained popularity, the particular style became almost impossible to purchase freely, unless you’re of influencer or celebrity status. It sold out virtually everywhere, including online and in almost all boutiques around the world. About a month ago, I called Louis Vuitton corporate to confirm. (The only instance where a bag may be available is if one is randomly returned directly to a boutique.)

The bag is available to purchase via a handful of reseller sites, however it will cost you far beyond the original market price.

Call this a far-fetched idea, but I had a feeling if I inquired about the bag in Paris, somehow I would be lucky enough to get my hands on one. After all, Louis Vuitton is based there and stores around the city often have stock that isn’t yet available in the U.S.

Unfortunately, I was wrong. A kind Parisian SA informed me that the bag is incredibly sought after around the world – including in France – which means the only way to have a semblance of a chance at purchasing one is adding your name to a waiting list at your preferred LV store (in your home country). That means I have to add my name to a store here in Miami, though there’s no telling when the bag may or may not return. (I actually have my name on lists at quite a few local stories in South Florida, so fingers crossed!)

The SA also informed me that the bag may never come back as readily available for purchase. Instead, it may always include some sort of “waiting game,” in which a prospective buyer, like myself, would have to sign up on a waiting list. I’m not sure how truthful this statement was, especially because it goes against what some other SAs in the U.S. have told me. I think all we can say for certain is no one really knows what the deal is with this bag in terms of cost, availability, and an expected return date.

Anyway, don’t kill the messenger! I know the Multi Pochette Accessoires is a pretty divisive topic. Some love it, while others find it impractical and tacky. If you ask me, I think it’s fun and sporty.

Have you put your name on a waiting list yet? If you have, let’s bond!

The post Even the Louis Vuitton Stores in Paris Don’t Have the Multi Pochette Accessoires appeared first on PurseBlog.